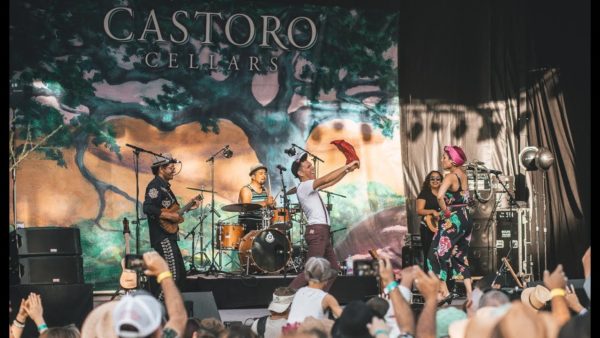 The 2020 Whale Rock Music & Arts Festival will be held Sept. 19-20, amidst Castoro Cellars’ Whale Rock Vineyard in Templeton. Courtesy photo from a prior year.

–The Udsen family of Castoro Cellars has announced the lineup for the 2020 Whale Rock Music & Arts Festival. Saturday, Sept. 19 will be closed out by folk trio The Devil Makes Three and Grammy Award Winning La Santa Cecilia. Sunday, Sept. 20 will feature the return of musician and activist Michael Franti & Spearhead along with Rising Appalachia.