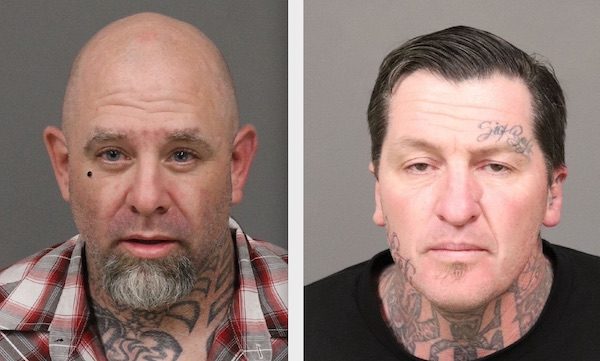 –After an 11-month investigation that began in March 2019, the Sheriff’s Special Operations Unit announced yesterday that it has shut down an illegal narcotic trafficking operation in San Luis Obispo County.

On Feb. 20, sheriff’s deputies made a traffic stop on South Street in San Luis Obispo to serve a search warrant on a car driven by Jesse Talaugon of San Luis Obispo. A search of the car yielded approximately 2.5 pounds of methamphetamine, pre-packaged baggies containing suspected heroin, and suspected Fentanyl, which is a synthetic opioid, along with approximately $4,000 in cash.

Subsequent to Jesse Talaugon being taken into custody, detectives served a search warrant related to the investigation for a home in the 100 block of South Street in San Luis Obispo that was associated with Talaugon and another suspected drug trafficker Timothy Kieth Moore of San Luis Obispo.

During the search of the home, detectives say they seized approximately 10 pounds of methamphetamine, approximately 3/4 kilogram of heroin, scales and packaging indicative of narcotics trafficking, and two handguns.

The day prior on Feb. 19, at the request of the Sheriff’s Special Operations Unit, the CHP initiated a traffic stop on Highway 101 near Santa Maria on a car driven by Timothy Moore. During the traffic stop, approximately one pound of methamphetamine, approximately one kilogram of heroin and one kilogram of fentanyl, a loaded handgun, bags of pills that were a combination of fentanyl and Tylenol, and more than $2,000 in cash were discovered in the car.

Moore was arrested for conspiracy to transport/sell narcotics, possession of a controlled substance for sale and gun charges. 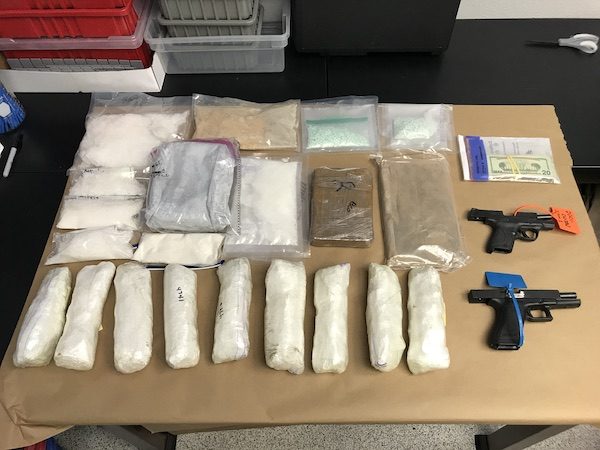 Estimated amounts and street values of the narcotics seized are as follows:

The sheriff’s office says that two to three milligrams is considered a lethal dose of Fentanyl.

Authorities say they believe Moore and Talaugon had a network of people who were bringing the narcotics directly from Mexico to San Luis Obispo County.