Click on each image to enlarge. Photos in gallery by Rick Evans: 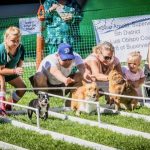 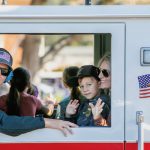 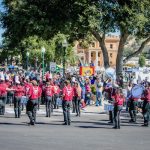 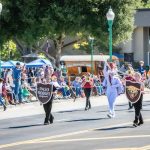 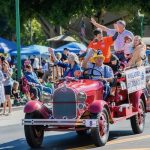 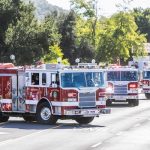 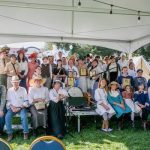 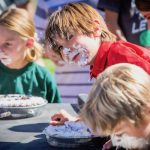 The 46th Annual Colony Day’s Parade kicked off the day’s events at 10 a.m. More than 70 entries traveled north on El Camino Real and then skirted the Sunken Gardens as thousands of people watched and cheered.

There was also a flyover by the Estrella Warbird Museum before the start of the parade. The King and Queen this year were Jack and Bonne Scott and the Grand Marshal was Flora Mae Adams. The theme this year was “California Dreams.” 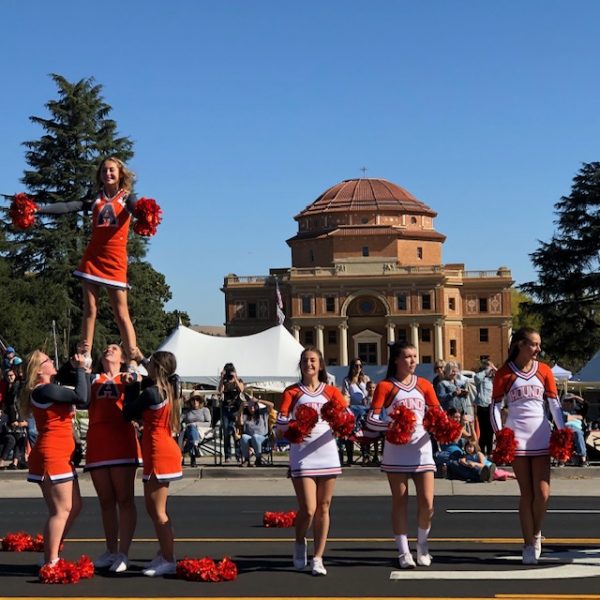 After the parade, Tent City opened in the Sunken Gardens. People demonstrated the way the original colony operated when E.G. Lewis founded Atascadero in the early 1900s. There were aid stations, a land office, a mobile barbershop, and a restaurant with menu items from one hundred years ago. 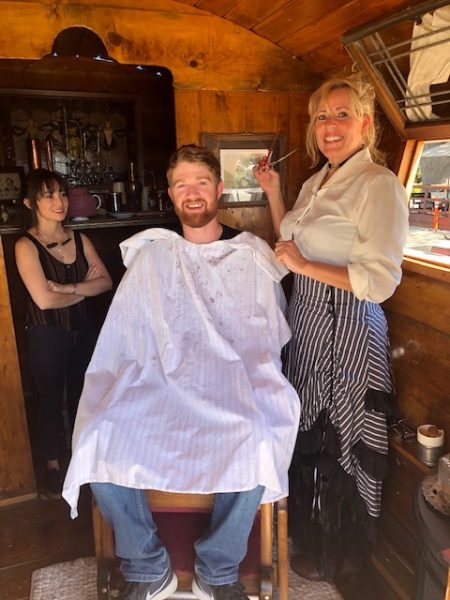 Staci Emmack of The Barber Shop at 4865 El Camino Real. Her son, sitting in the chair, reconditioned the old Barber Trailer.

Tom Lewis, grandson of E.G. Lewis, gave tours of the historic Rotunda, built 100 years ago, and renovated after the San Simeon earthquake. City manager Rachelle Rickard and other members of the Atascadero Historical society also gave tours of the city hall.

While people shopped and enjoyed the food fair, kids dressed as “newsies” and shoe shiners in period clothing worked the crowd. 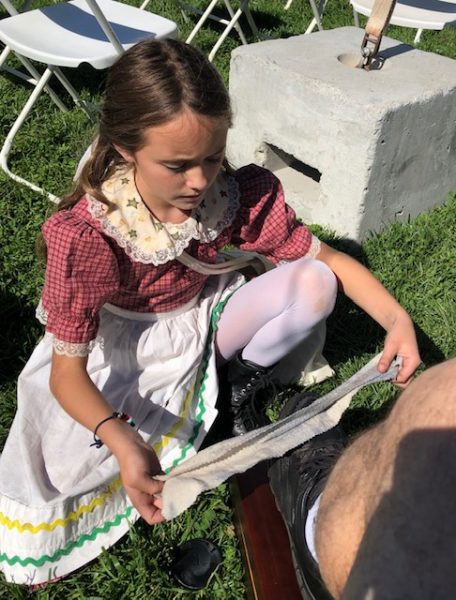 Kids dressed as “newsies” and shoe shiners, such as Abigal, featured above, in period clothing worked the crowd.

Former City Councilman Jerry Clay said, “I’ve been to every one of these parades, and they keep getting better. I’m probably the only one here who remembers E.G. Lewis. We lived by him when I was 7-years-old and he used to enjoy visiting with us kids. He was very charismatic. This celebration pays homage to his dream in the early 1900’s.”