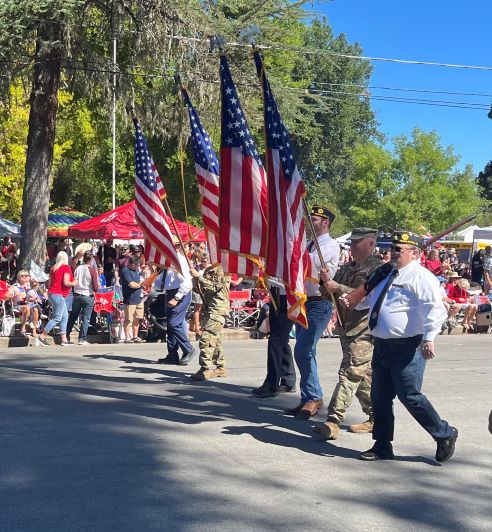 – Thousands of people turned out for the 42nd Templeton 4th of July parade Monday morning. They lined the parade route with low-back chairs and held informal parties in at least a dozen homes along the route. Again this year, the parade was preceded by the annual pancake breakfast at the Tempelton Fire Station. 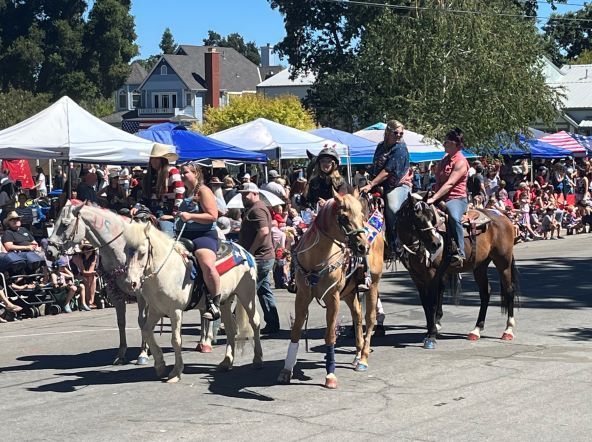 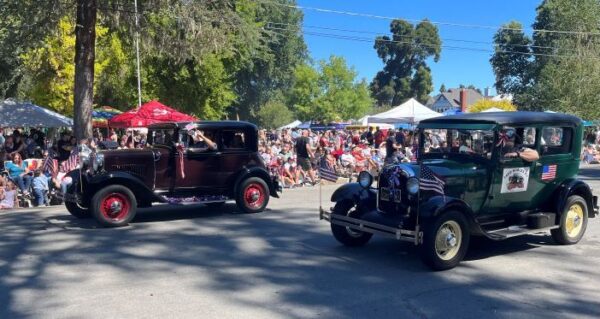 Supervisorial candidate and local retired orthopedic surgeon Dr. Bruce Jones rode in a classic Porsche driven by John Whitworth. Supervisors Debbie Arnold and John Peschong rode together in Arnold’s car. Assemblyman Jordan Cunningham’s classic Chevrolet stopped running near Tempelton Park, but he and his son jumped out and pushed the car along the parade route. Others joined in that effort. 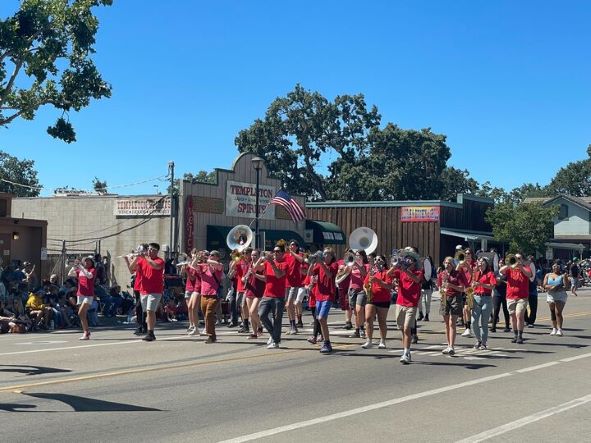 The parade opened with a color guard and ended with Enrique on his Dancing Horse, and Voces Tapatias from Paso Robles.

Templeton Rotary produces the parade, which has become one of the biggest 4th of July parades on the Central Coast. 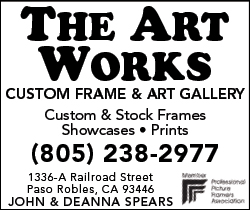 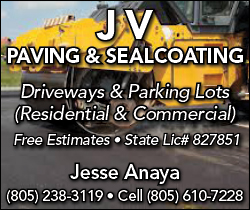 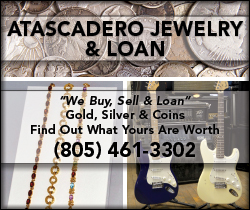