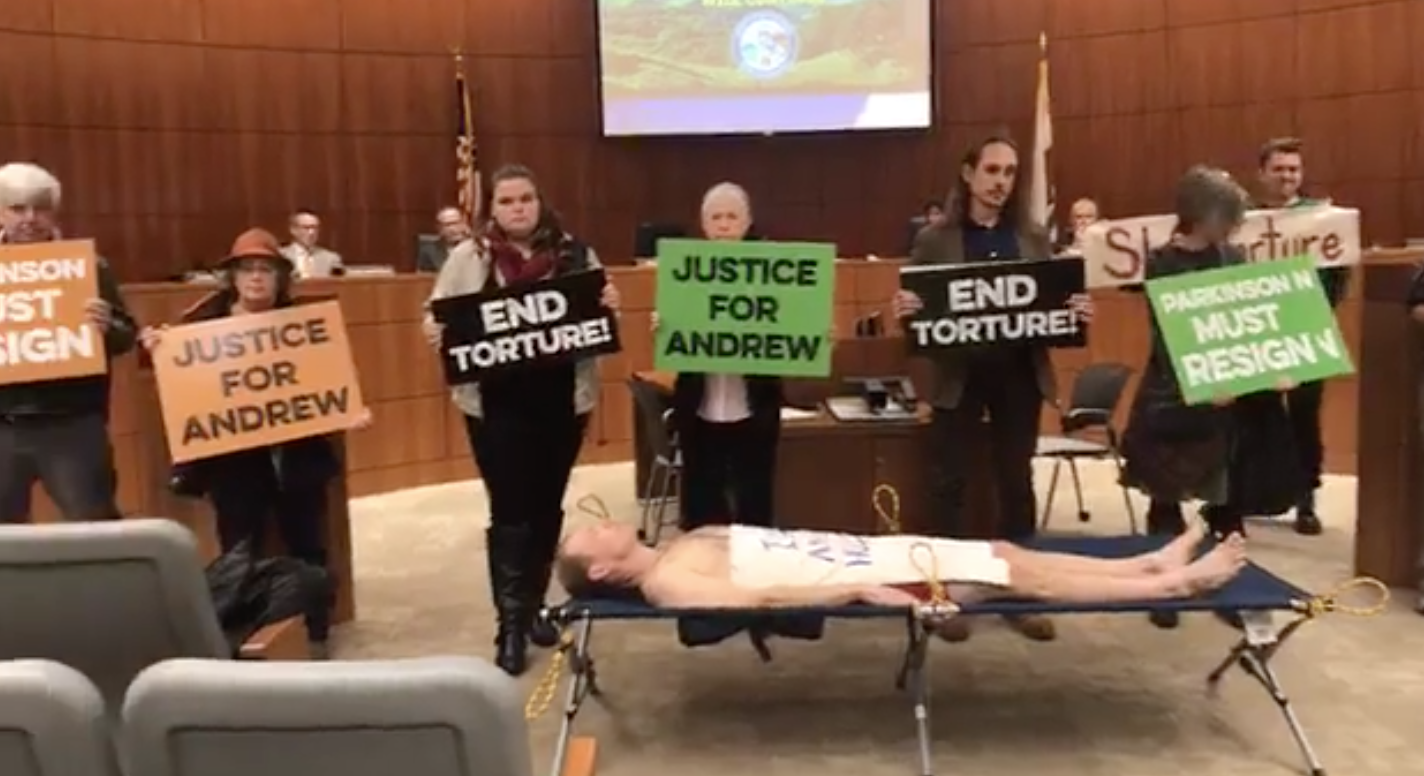 –The San Luis Obispo County Democratic Central Committee has called on Sheriff Ian Parkinson to resign due to his handling of the jailhouse death of Andrew Holland.

“Given what we know now, it’s clear Sheriff Parkinson lied about the circumstances of Andrew’s death, in an apparent effort to cover it up, and now is trying to blame other county departments for the death of an inmate who was in his department’s custody,” said Rosemary Wrenn, chair of the SLO County Democratic Party. “The buck stops with Ian Parkinson, whether he likes that or not.”

Holland died just over a year ago at County Jail after being strapped naked to a restraining chair for 46 hours. The county subsequently paid $5 million to the Holland family to avoid litigation.

When Holland died, the Sheriff’s Department initially put out a statement claiming Holland was found “unresponsive” and that he’d been under the constant care of medical personnel during his confinement to the chair. That wasn’t true.

Jailhouse video published by the San Luis Obispo Tribune this week shows jail guards watching Holland writhe on the floor of his cell, clearly in distress as he dies. The guards are then seen laughing as jail personnel try to resuscitate him. The video flatly contradicts Parkinson’s original narrative.

The vote calling for Parkinson’s resignation was unanimous.

“Sheriff Parkinson has lost the public’s trust, and he’s demonstrated a lack of character by denying any responsibility or showing any compassion toward the Holland family or thousands of other county residents whose lives are affected every day by mental illness.”

“Our criminal justice system is one of the cornerstones of American democracy,” Wrenn said. “If we don’t have faith in its leaders, we can’t have faith in the system. Ian Parkinson should resign for the good of the department and the people of San Luis Obispo County.”

Voter registration information can also be found at www.slocdp.org or on Facebook at SLOCDP.