News for Atascadero, CA|Wednesday, May 27, 2020
You are here: Home » Entertainment » Saturday Concert in the Park to feature Dulcie Taylor Band

Saturday Concert in the Park to feature Dulcie Taylor Band 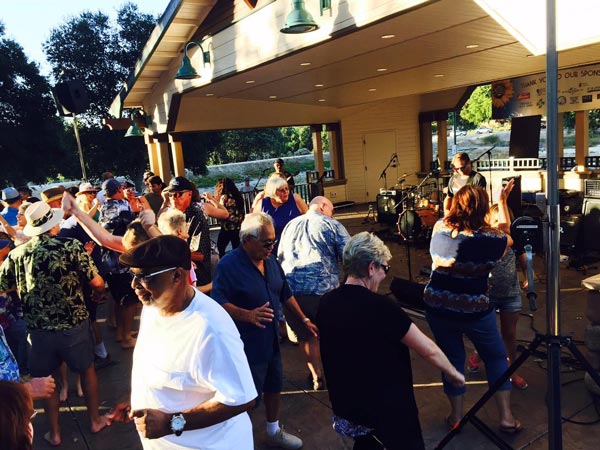 –The sounds of summer continue at our Saturday in the Park, 2019 Summer Concert Series. On July 6 from 6:30 – 8:30 p.m. they will feature the Dulcie Taylor Band at the Atascadero Lake Park Bandstand.

Born and raised in South Carolina, Dulcie Taylor is now happily residing on the Central Coast. Mesa/Bluemoon Recordings has released six CDs of her music, all too much radio play and great critical response, such as reaching No. 1 at Amazon for Top-Rated Americana. Mesa/Bluemoon has also released three videos of her songs, which have over 2.1 Million views at her YouTube Channel. Her band plays American roots rock music – an exciting blend of rock, blues, R&B, pop, country, and folk. “Makes a mesmerizing impression” is how Barnes & Noble describes Dulcie’s music. She’s performed throughout the US, venues as diverse as The Kennedy Center (DC), The Bluebird (Nashville), and Mainstage at the Kerrville Folk Festival (Texas). Here on the Central Coast she has performed live on KSBY, KEYT, KCPR, KPIG, KCBX, and KEBF, and at venues such as Paso in the Park, The Jade Festival, Ragged Point, Tooth & Nail, The Siren, Luna Red, and the Sea Venture. She and her band are so looking forward to playing for the City of Atascadero.

In addition, there will be food available for purchase from Railroad BBQ and Kona Ice.

This summer’s concert series will run through Saturday, Sept. 14, 2019, with the exception of a few Saturdays due to other events.

All concerts perform at the Atascadero Lake Park Bandstand from 6:30-8:30 p.m. Mark your calendars for the following upcoming bands:

Concerts are free to the public and everyone is encouraged to bring a blanket, low-back chair, and the entire family to relish the warm summer evenings at Atascadero Lake Park. Along with a great musical line up, we will also feature a different food truck at each event to provide a variety of cuisine available for purchase.