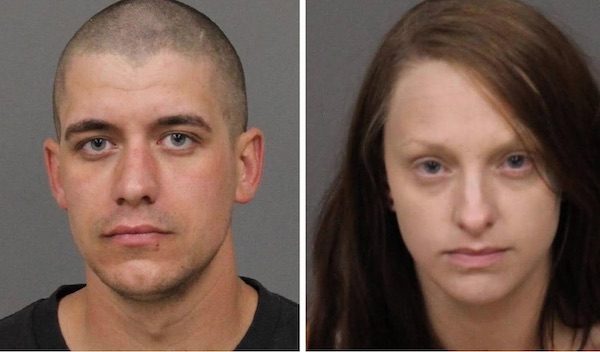 Ryan McGovran, 25, and Devyn Harmon, 27, were taken into custody by officers at their motorhome, according to local reports.