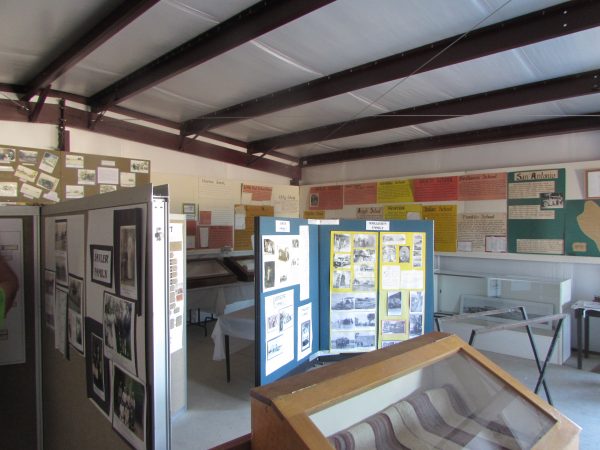 The dream for a local museum started 30 years ago

–The Nacitone Regional Interpretive Center, a new museum in the town of Lockwood, is the result of a 30 year dream of two of Lockwood’s pioneering families. “The Pattersons and Saylers have farmed together since our grandparents’ time,” said Pam Davis. “My father, Lester and a few of the Sayler cousins started talking about setting up a museum out here about 30 years ago.”

The Patterson family donated 10 acres along Jolon Road for the museum and grounds. After 10 years of working with Monterey County, fundraising, planning and construction the museum opened to the public in February of this year.

The museum’s mission is to preserve and display the history of the area from the time of the Salinan inhabitants through the Spanish and pioneer era and to teach future generations about their pioneer heritage. The name “Nacitone” came from a group that met through the decades between 1950 and into the 1970s to protect and control soil erosion in the Lake Nacimiento and San Antonio Lake watershed regions. Davis said that dream was prompted by the numbers of antique and vintage farm equipment that were stored on the homesteads throughout Lockwood and adjoining communities. 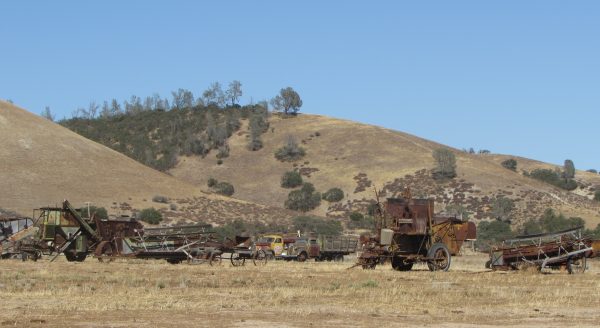 The region has been occupied continuously by the Salinan people, many who continue to live in Lockwood and surrounding areas. The Salinan population and culture was severely disturbed by the Spanish mission system and specifically by the founding of the Mission San Antonio. Many of the Salinan and early Mexican families remained in the area after the Spanish land grants were broken up. The early pioneers, bearing still prominent surnames, began arriving in the mid-1800s from places like the Island Fohr in Germany’s North Frisian Islands. Some traveled by covered wagon from eastern US. Some of the original homes are still being lived in by family today and some of the homesteaded farms and ranches are still operating 160 years later. 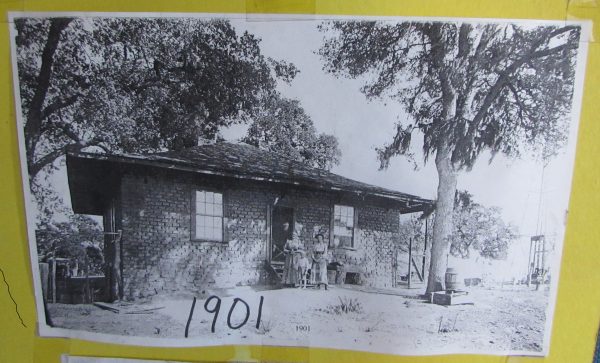 Original Patterson family homestead from 1901. Members of the family still live in this home. It has been remodeled several times, preserving the core construction. The two trees next to the house are still alive today,

The settlers and the Salinan and Mexican residents continued to share the land and managed to live with respect for one another and without notable hostilities. The respect and sense of community continues today and the sharing of cultures is represented in the museum’s exhibits and activities. The museum features a Salinan exhibit that is curated by members of the Salinan Nation. 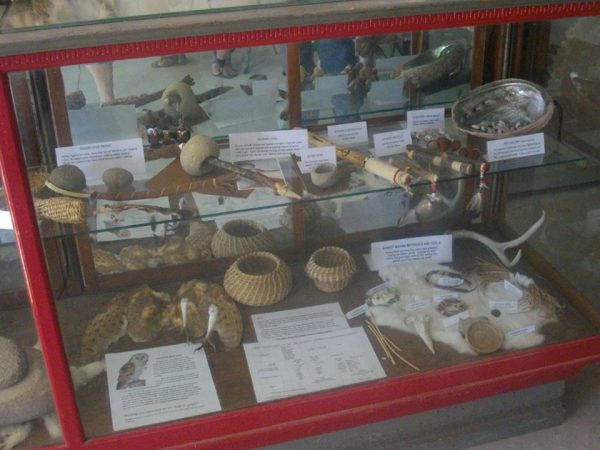 Salinan artifact exhibit that is curated by members of the Salinan Nation.

Other exhibits include found and donated objects such as an old horse drawn cart frame, photographs, hand made genealogy charts of many of the pioneer families still living in the area, an exhibit detailing information about 25 rural schools that were operating in various communities such as Jolon, Bryson-Hesperia and Mission San Antonio. The Lockwood High School operated as a branch of King City High School between 1923 and 1931 when bus service to King City became available. The earliest grade schools were founded in the mid-to-late 1800s.

The remaining school in Lockwood, San Antonio Union School, still educating children through the eighth grade, was founded in 1860. Eventually the schools consolidated into the San Antonio Union School. It is believed this school dates back to the Indian School which was originally operated by Mission San Antonio. A new school was built in 1921 on the corner of Lockwood-Jolon and Lockwood-San Lucas roads. The school had three classrooms and an auditorium and operated until 1974 when the modern day school was opened near the old Lockwood town site. The old three room school is now the San Antonio Valley Community Center.

Among the growing exhibits at the museum is a tribute to King City saddle maker R.M. Hall, who lived and raised his family on Jolon Road. Making saddles in his King City shop since 1945, Hall added a bit and spur making school in 1980. Today Hall’s spurs are considered collectibles and sell for more than $1,200. Some of Hall’s creations have remained in the family and are exhibited at the museum during special events.

A collection of handmade wooden farm equipment models created by Calvern Sayler is on display next to an old grist wheel. Sayler’s family is one of the families that settled Lockwood from the Island Fohr. In 2015 Sayler became the seventh member of his family to serve as Grand Marshall of the Paso Robles Pioneer Days parade. 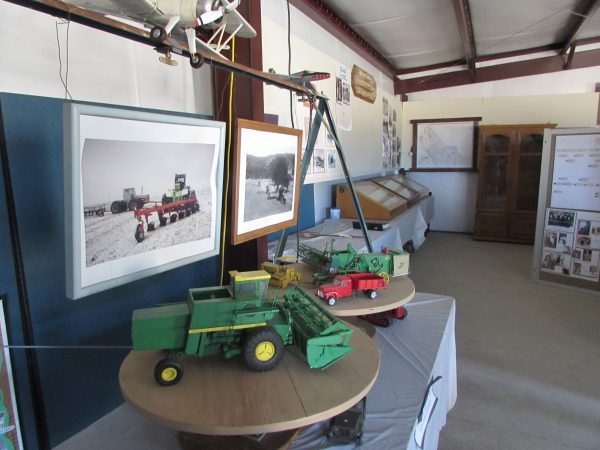 Handmade farm equipment models by Calvin Sayler. The Sayler family is one of the original families settling the region from the German Island Fohr.

Davis said the Board of Directors continues to look for any and all collectibles, photographs or heirlooms that people would like to donate. Family stories, histories and genealogy charts are also accepted. Anything that will help preserve and tell about the history of Lockwood and surrounding areas is welcome.

The next major project for the board is recreating the town of Lockwood as it was in the late 1800s. The town was on the corner of Lockwood-Jolon and Lockwood roads. One of the original five buildings, called Lockwood Hall, is still standing. For years Lockwood Hall served as a community center, hosting 4-H meetings, school pageants and graduations and summer recreational activities.

The museum is easy to find, as Director Lester Patterson said, “We are on Jolon Road, halfway between the Pleyto Store and the Post Office.” The address is 68901 Jolon Road. If visitors miss the large “Nacitone Regional Interpretive Center” sign, another landmark is the outdoor display of old farm equipment. Follow activities and progress on Facebook. The museum is open on the first Saturday of the month 10-4 or by appointment. To make an appointment call President Neil Whitty (831) 818-5265.