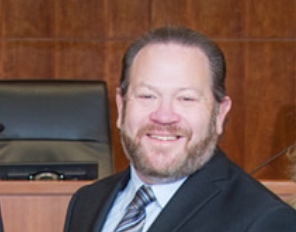 – Federal prosecutors today filed a criminal information charging a San Luis Obispo man with bribery for paying a county supervisor approximately $32,000 – most of that in cash – in exchange for the supervisor’s votes and influence on other votes affecting his cannabis business interests, according to the San Luis Obispo County District Attorney.

Helios Raphael Dayspring, a.k.a. “Bobby Dayspring,” 35, was charged in federal court with one count of bribery and one count of subscribing to a false 2018 income tax return that deliberately failed to report millions of dollars in income to the IRS. Federal prosecutors this week also filed a plea agreement in which Dayspring agreed to plead guilty to both felony offenses, pay $3.4 million in restitution to the IRS, and cooperate in the government’s ongoing investigation.

In total, Dayspring paid the late Third District Supervisor Adam Hill multiple bribes in cash and money orders totaling $32,000. In exchange, the supervisor voted on matters affecting Dayspring’s farms, including voting multiple times in favor of legislation that permitted Dayspring’s farms to operate before it had obtained final permitting approvals.

In addition to bribing the San Luis Obispo County supervisor, Dayspring admitted in his plea agreement that he and his business associate attempted to bribe the then-mayor of Grover Beach in exchange for two dispensary licenses in that city. The attempted $100,000 bribe took place during a dinner meeting in Sept. 2017. The mayor did not respond to the offer, and Dayspring did not pay the bribe.

Dayspring also admitted that he substantially underreported his personal income on his federal tax returns for the years 2014 through 2018, which resulted in the IRS losing more than $3.4 million in tax revenue.

Dayspring has agreed to surrender in this case and make his first appearance in United States District Court in Los Angeles on Aug. 25. Once he pleads guilty to the bribery and tax charges, Dayspring will face a statutory maximum penalty of 13 years in federal prison.

Any member of the public who has information related to this case or any other public corruption matter in San Luis Obispo County is encouraged to send information to the FBI’s email tip line at pctips-losangeles@fbi.gov or to contact the FBI’s Los Angeles Field Office at (310) 477-6565.