News for Atascadero, CA|Wednesday, October 28, 2020
You are here: Home » Crime » Man arrested in Morro Bay for assault with a deadly weapon, mayhem, other charges

Man arrested in Morro Bay for assault with a deadly weapon, mayhem, other charges

–On Friday, July 10 at about 10:10 pm, Morro Bay Police officers were called to the area of the 1100 block of Embarcadero Road regarding a male caller who stated he had been struck in the face with a metal sign by another male.

The suspect fled the scene but was located and arrested by officers in the area shortly thereafter. The suspect was booked into San Luis Obispo County Jail on charges of assault with a deadly weapon, mayhem, possession of a controlled substance, and warrants. He has been identified as 48-year-old Kevin Lee Hicks of Morro Bay.

The investigation is ongoing. Anyone who has any information regarding this incident is asked to please contact the Morro Bay Police Department (805) 772-6225 or San Luis Obispo County Crime Stoppers at (805) 549-STOP. 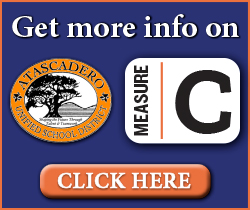