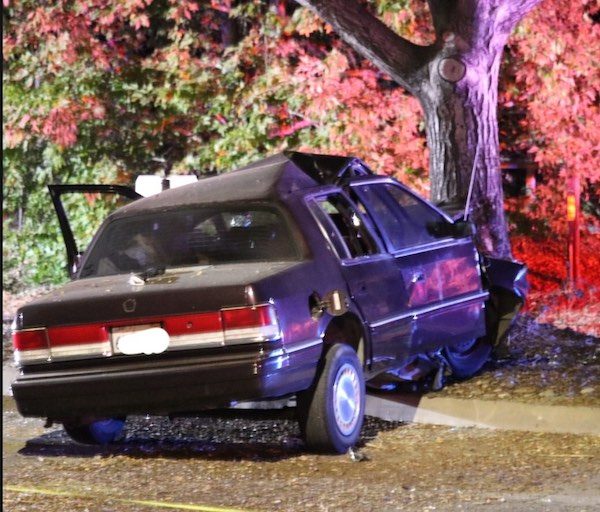 –Early Sunday morning at approximately 12:11 a.m., personnel from the Atascadero Police Department and Atascadero Emergency Services responded to a traffic collision in the 2300 block of El Camino Real in Atascadero.

Once authorities arrived on scene they determined that a driver had struck a large oak tree. The male driver and sole occupant of the vehicle was killed on impact, according to police.

The traffic unit responded to this collision, along with Atascadero Police crime scene personnel to conduct an investigation into the collision. It is unknown if alcohol was involved in the collision.

The driver has not yet been identified.