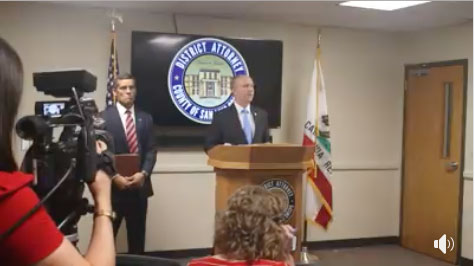 Dow said, at a press conference, that his office did not have enough evidence to prosecute former Paso Robles Sgt. Christopher McGuire. “No reasonable and objective jury could find Mr. McGuire guilty of the alleged crimes,” Dow said.

McGuire was put on paid administrative leave in May. Since then, officials have refused to describe the allegations against the officer, other than say they involved sexual assault.

Since that time, the San Luis Obispo County Sheriff’s Office concluded its investigation and recommended the District Attorney’s Office file charges of committing forcible sex acts, but the DA decided the evidence was not sufficient.

At the press conference, it was revealed that there were several acts of sexual contact between McGuire and the alleged victim between December 2017 and March 2018.

–Paso Robles police sergeant Christopher McGuire, who is accused of sexual misconduct while on duty, recently left the department. Reports don’t say whether he resigned or was terminated.

In May, McGuire was placed on paid administrative leave while the San Luis Obispo County Sheriff’s Department investigated the allegations.

–The San Luis Obispo County District Attorney’s Office is reviewing a potential criminal case against a Paso Robles Police Sgt., according to reports.

Christopher McGuire is accused of assaulting women while on the job. McGuire was hired in late 2012.

McGuire was placed on paid leave in May, according to: Paso Robles Police Chief Ty Lewis. Lewis said, he “immediately took these allegations to the DA and Sheriff’s Departments, while simultaneously placing him on paid leave…” though he couldn’t specify at the time as to the allegations.

It’s unknown how long the DA’s review of the investigation will take. No further details are available at this time. 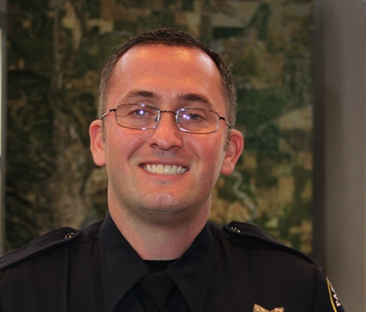 Paso Robles Police Chief Ty Lewis responded to the allegations with the following:

Regretfully, one of our own has been accused of tarnishing our badge. Sergeant Christopher McGuire was placed on leave on May 9th after allegations surfaced that he may have committed a serious criminal act (I cannot comment on the specifics at this point). I immediately took these allegations to the DA and Sheriff’s Departments, while simultaneously placing him on paid leave.

While these allegations surfaced over a month ago, we have been fully cooperating with these outside agencies as they thoroughly investigate this matter. Additionally, once the Sheriff’s Department investigation progresses far enough along, my Department stands ready to conduct a personnel investigation using an independent investigator. We are committed to uncovering the truth, whatever that may be, and taking appropriate action based on that information.

I realize these are serious allegations, so I hope you can help me deliver an important message to our community. I want every community member to know that despite the serious allegations against this particular employee, the men and women of the PRPD are dedicated and ethical public servants. Our officers honorably wear our badge and stand ready to protect and serve our fine community every day.

I remain committed to addressing whatever questions come our way honestly, providing as much information as I can. However, I am limited in my ability to comment further because an investigation is ongoing and state labor laws limit the information I can release.

No further information is available at this time. Updates will be posted as the case develops.