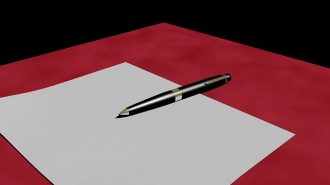 The director of the Vons Market in Atascadero today stated he was refusing to implement the County and State Public Health Departments’ directions that grocery stores limit “the number of customers… to reduce… crowding and lines” to facilitate “social distancing of six feet per person”. The director stated he’d read the Health Department directions and, when asked if he would implement them, said, “No”, during a phone call with a long-time 73-year-old customer. Store phone number called: (805) 466-4949.

This is the second day the store manager has refused to lower the store’s capacity to reduce the density of shoppers inside the market. On March 17, the same customer spoke with the store manager by phone and related the conditions at the store the customer experienced personally on March 13, when shoppers were so crowded that social distancing of any length was impossible – Distances between people ranged from 1 to 3 feet.

All aisles of the store were excessively crowded, and check-out lines were jam-packed and extended into the aisles. When asked if he would do anything to reduce this overcrowding, The manager said, “No”. The manager stated that he didn’t want to stand in front of the store turning customers away, potentially causing them to “riot”. He said the store had set aside hours for seniors and the immunocompromised to shop: 7-9 a.m. and advised the customer to wear a mask and gloves.

The above has been reported to the SLO County Health Department on March 17 and 18, and to its Environmental Health Division on  March 18, by the same Vons customer. The EHD said it filed a complaint to forward to the division’s enforcement officers. The EHD says they’ve received numerous complaints about this type of non-compliance with Health Department directions.

Editor’s note: Letters to the editor do not necessarily reflect the views of the Paso Robles Daily News or its staff. We welcome letters from local residents regarding relevant local topics. To submit, click here.