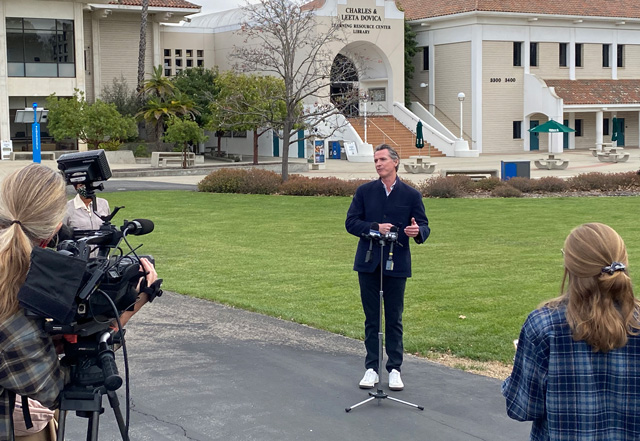 But despite personal gains, Pease couldn’t shake the feeling of guilt when talking to neighbors who struggled to run restaurants and small businesses throughout San Luis Obispo County. When the opportunity came to back a recall petition to oust Gov. Gavin Newsom, the lifelong Democrat signed his name.

“Our mindset here is, because we’re so isolated from other metropolitan areas, we take care of each other. We create our own economy,” said Pease, 37. “Even though I’m a Democrat and blue, we don’t like to be told what to do here.”

In a county where Democrats slightly outnumber Republicans — by about 6,000 voters, according to state data — residents delivered a sizable chunk of signatures to the statewide recall effort to oust the Democratic governor. Out of every 1,000 voters in San Luis Obispo County, 139 signed their names on the recall petition — for a total of 25,653 valid signatures, according to the secretary of state’s office. Recall backers gathered, in all, about 1.6 million signatures.

San Luis Obispo is a political mixed bag, with roughly 70,000 registered Democrats, 64,000 Republicans and 38,000 unaffiliated voters. In the 2020 election, voters in the county favored Joe Biden by 13 points over President Trump, but previous presidential race margins were decidedly slimmer for Democrats. The county last voted for a Republican president in 2004, when then-President George W. Bush won by 7 points.

Read the full story by Faith Pinho at the LA Times