News for Atascadero, CA|Tuesday, December 1, 2020
You are here: Home » Region » Humpback whales get up-close and personal in Avila Beach

Humpback whales get up-close and personal in Avila Beach

–Paddleboarders and kayakers got up-close and personal with humpback whales this week in Avila Beach.

A viral video, shown above, appears to capture a whale almost swallowing up a kayaker. No injuries were reported and the whale did not have the kayak in its mouth but did end up tipping over the kayakers, reports say.

Note: There is cursing in the above video, viewer discretion is advised.

The video below captures another close encounter with a humpback whale breaching. 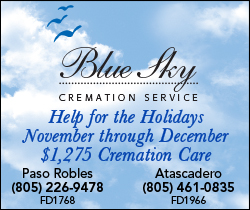