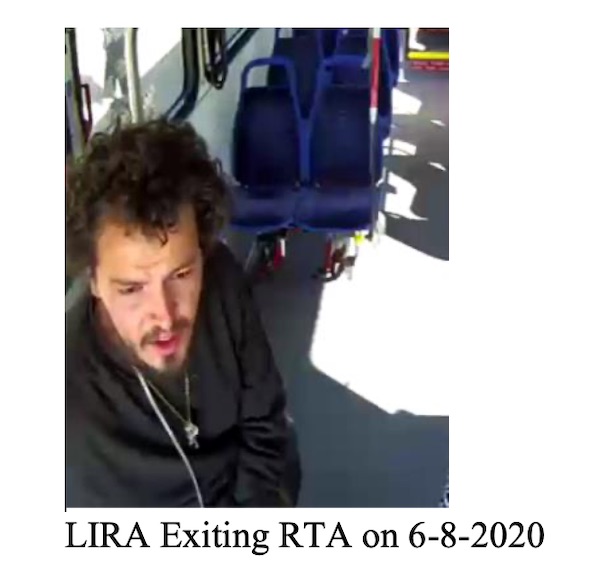 –On June 9, 2020, at approximately 12:52 p.m., officers from the San Luis Obispo Police Department responded to the 900 block of Osos; a local lawyers office, to a report of a commercial burglary. The victim is a private local attorney and is not employed by the City or County of San Luis Obispo. Officers contacted the victim who advised an unknown suspect entered the business through an unlocked window to the rear of the location. The victim stated the burglary occurred between June 8, 2020 at 5:30 p.m. and June 9, 2020 at 6:30 a.m. Items taken during were miscellaneous clothing, jewelry, duffle bag, two firearms, and an unknown amount of ammunition. The firearms stolen were a .38 caliber revolver and a 40-caliber semi-automatic handgun. 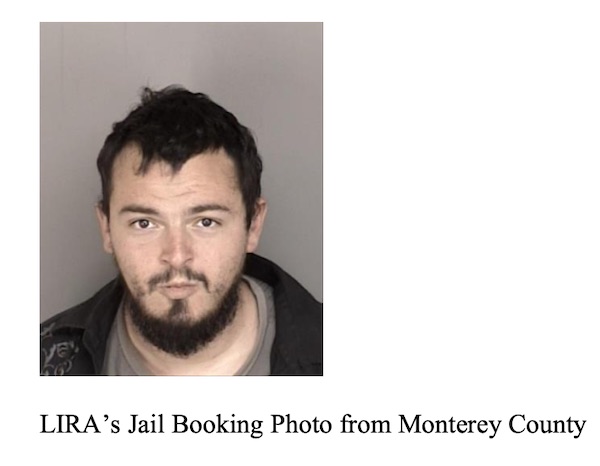 Investigators from the San Luis Obispo Police Department conducted follow up and obtained video surveillance of the suspect walking behind the location. Based on the images captured from the video, investigators recalled an incident that took place on June 8, 2020 at approximately 4:27 p.m. which could have been related. In that incident, an unknown suspect, later identified as Mason Lira, threatened to shoot a bus driver in the head while exiting the bus. It was later confirmed that Lira was also the suspect who committed the commercial burglary. 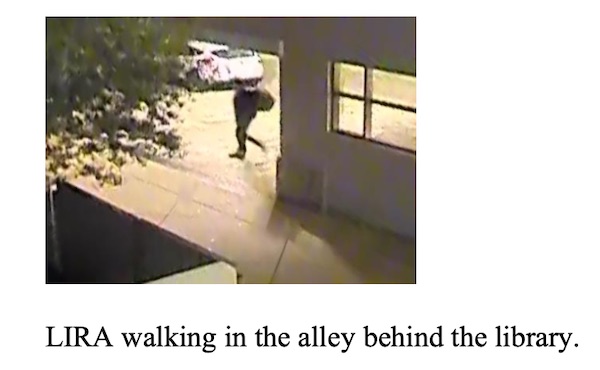 The investigation is on-going; anyone with information about this case is encouraged to contact Detective Inglehart at (805) 594-8037 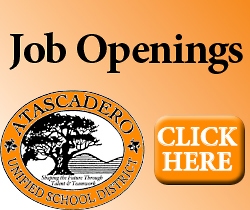