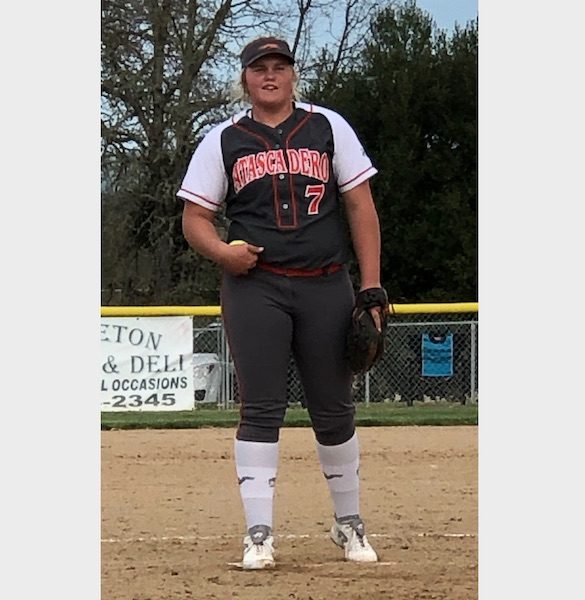 Bailey was named the 2019 County Player of the Year.

–This week, Atascadero Greyhound athlete Bailey Doherty signed a national letter of intent to attend Cal Poly after she graduates in the spring.

As a right-handed pitcher, Doherty had a record of 20-2 last year for the Greyhounds. In 28 appearances, Bailey threw six no-hitters. She also hit six home runs and led the team with 25 runs-batted-in and a .390 batting average. Bailey was named the 2019 County Player of the Year. She says she plans to major in animal science at Cal Poly.