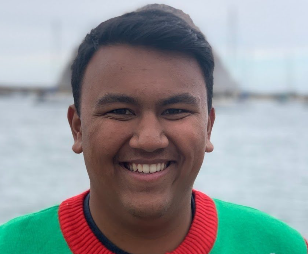 A cyber tip was received and through an investigation, it was determined that Chaudhary, in the years before he attended Cal Poly and during his time on campus, had set up a video camera system in his bathroom. This video system was in place while Chaudhary was in the dorms at Cal Poly, a home off-campus in San Luis Obispo, and various locations in the San Francisco Bay area and Lake Tahoe. The system would record unsuspecting women and some men in various states of undress, while showering or going to the bathroom. Some of these victims were adults and some were underage.

On Feb. 20, a search warrant was served at the home Chaudhary was renting in San Luis Obispo. Working in conjunction with Detectives at Cal Poly, investigators seized a phone and computers which contained images of child pornography. During the course of the investigation, it was discovered that Chaudhary was taking still images of the videos he had taken and then distributing those images over the internet.

If you may have been a victim and have not been contacted by law enforcement or know someone who was a victim, please contact detectives in the Sheriff’s Major Crimes Unit at (805) 781-4500.