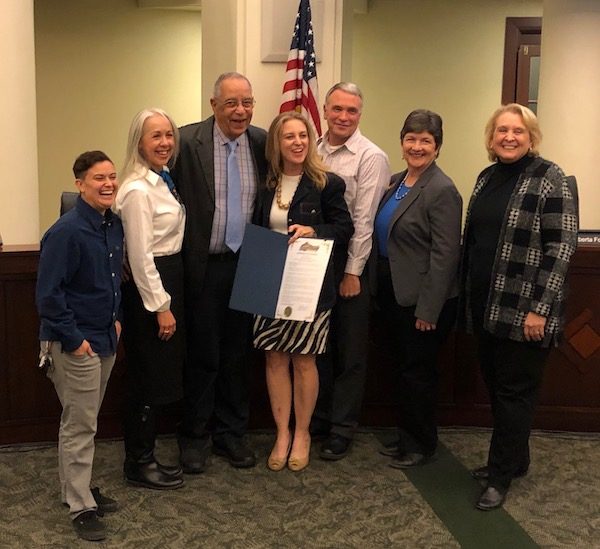 –The Atascadero City Council recognized Donn Clickard at their meeting Tuesday evening at the Rotunda. Clickard recently received a state-wide honor as Champion of the Community. Over the past several decades, Clickard has served the community as a teacher, coach, athletic director and President of the Atascadero Chamber of Commerce. He helped found and lead the Lighthouse Foundation, which worked to prevent drug abuse among youth in Atascadero.

Clickard thanked the council for the recognition, and talked about his beginnings in Atascadero as a teacher and school bus driver. He described getting involved in Camp Happy Talk, which helped students with speech and hearing disabilities. He said in that first year at the camp Atascadero City Councilwoman Roberta Fonzi was one of the Tigers who helped the students. he said Atascadero is a community of “We, not Me” philosophy. He praised the community for its ability to address problems in the city. 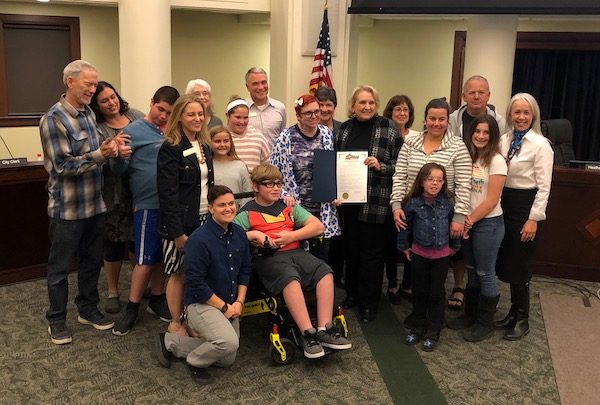 The council also recognized Parents for Joy for their Award of Excellence in Design Park Planning for the Joy Park.

The council voted unanimously to adopt the Council Policy to limit future development of drive-through businesses, fuel stations and other high traffic producing uses. The Draft Resolution will come back to the council after further development of the city’s General Plan.