News for Atascadero, CA|Monday, May 25, 2020
You are here: Home » Paso Robles » Def Leppard rocks the stage at the Mid-State Fair

Def Leppard rocks the stage at the Mid-State Fair 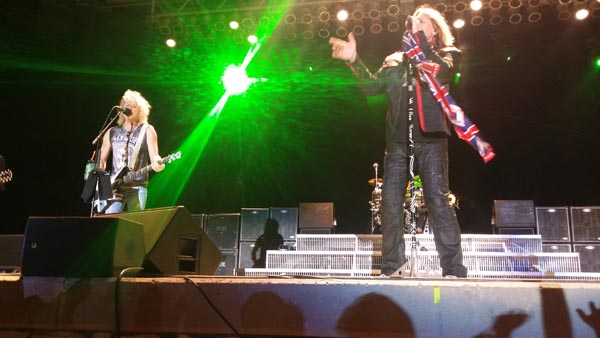 – Def Leppard rocked the stage at the Mid-State Fair on Monday night. The show started with opening band Tesla.

Def Leppard’s career includes numerous hit singles and multiplatinum albums – including two of the best-selling albums of all time, “Pyromania” and “Hysteria,” capturing Leppard hits such as “Rock of Ages,” Pour Some Sugar on Me” and “Foolin.” The upcoming tour follows on the heels of the band’s 2014 co-headlining tour with Kiss, last summer.

Def Leppard, which is made up of Joe Elliott (vocals), Vivian Campbell (guitar), Phil Collen (guitar), Rick “Sav” Savage (bass), and Rick Allen (drums), – has over 100 million records sold worldwide and two Diamond Awards. The group’s live shows, filled with rock anthems, continue to sell out venues worldwide. For the past thirty years the band’s live shows and arsenal of hits have become synonymous with their name. 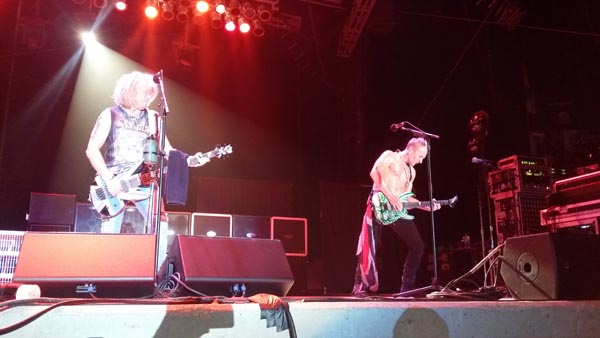