News for Atascadero, CA|Wednesday, October 21, 2020
You are here: Home » Region » Update: Body found in SUV was being transported for burial, police say

Update: Body found in SUV was being transported for burial, police say

–The Coroner’s Unit of the San Luis Obispo County Sheriff’s Office has identified the man found dead in the back of an SUV in Cayucos on Tuesday. The man is identified as 83-year-old Donald Eugene Cunningham, from the Bakersfield area. An autopsy was performed on Wednesday to determine manner and cause of death. Results of that autopsy are pending a toxicology report which is expected to take six to eight weeks.

There were three other occupants in the vehicle, Darwin Keith Alaskari, his wife Sherrie Lynn Boggess and their 13-year-old daughter. Alaskari and Boggess were arrested for felony child endangerment and misdemeanor warrants. Depending on the results of the autopsy, additional charges may be filed. The 13-year-old girl has been turned over to Child Welfare Services.

The preliminary investigation indicates the three were transporting the body of Cunningham to be buried somewhere in the Big Sur area or possibly out of state. At this time, it’s not clear how long the body may have been in the back of the vehicle or why the suspects were in the Cayucos area. The investigation is continuing. 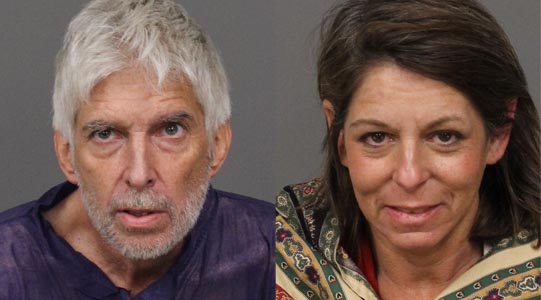 –The Sheriff’s Office is releasing new information regarding a suspicious death incident that occurred Tuesday in the 100 block of F Street in Cayucos. Deputies had made contact with the occupants of a vehicle parked in the wrong direction and noticed a strong odor coming from the back of the vehicle. Upon further investigation, a body was discovered in the back cargo area of the SUV. The occupants of the vehicle have now been identified as 59-year-old Darwin Keith Alaskari, his wife 50-year-old Sherrie Lynn Boggess and their 13-year-old daughter. The decedent is not being identified at this time because next of kin have not been notified.

Sheriff’s Detectives determined the couple was in the process of transporting a dead body in the back of their SUV. The reason for that has yet to be determined. The preliminary investigation indicates Alaskari and Boggess were longtime acquaintances of the decedent.Both Alaskari and Boggess have ties to the local area but it’s not known the exact reason why they were in Cayucos at that time.

During the course of the investigation information was obtained that had placed the 13-year-old juvenile in a dangerous situation:

1) being in close proximity to decomposing human remains and
2) illegal narcotics and paraphernalia were readily accessible to the juvenile.

As a result, both Alaskari and Boggess were arrested for felony child endangerment and misdemeanor warrants. The 13-year-old girl has been turned over to Child Welfare Services.

An autopsy was conducted today. The cause of death is pending. The investigation is on-going. No further information is available at this time. 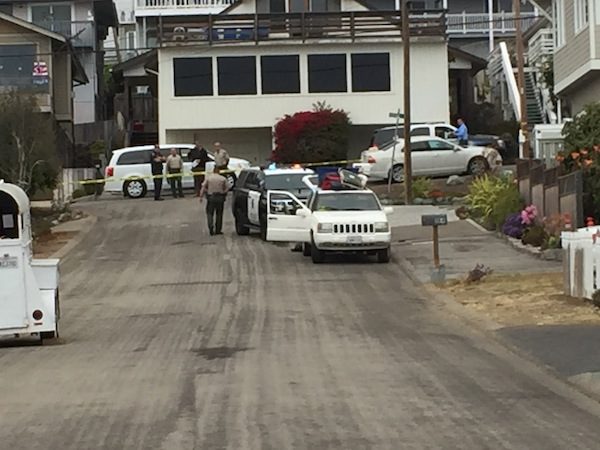 –A dead body was found in the back of an SUV Monday in Cayucos, according to the San Luis Obispo County Sheriff’s Office. There was an adult male, female, and 13-year-old girl in the car when the body was found.

While deputies were on patrol in the Cayucos area, when they noticed an SUV parked in the wrong direction in the 100 block of F Street. Deputies made contact with the occupants of the vehicle and noticed a strong odor coming from the back of the vehicle. Upon further investigation, a body was discovered in the back cargo area of the SUV. Detectives responded and are in the process of analyzing the scene, evidence collection and interviewing witnesses.

The occupants of the vehicle include one adult male, one adult female and a 13-year-old-girl. They have all been detained for questioning. No arrests have been made. Detectives believe this is an isolated incident and the public is not in danger. The investigation is continuing. No further information is available at this time.