News for Atascadero, CA|Wednesday, October 21, 2020
You are here: Home » Region » Cuesta Superintendent/President to retire after 50 years with school

Cuesta Superintendent/President to retire after 50 years with school 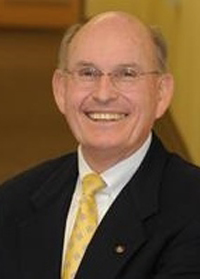 –Gilbert H. Stork, Ed.D., superintendent/president of Cuesta College since 2010, has announced his plans to retire as of June 30, 2018. Employed at Cuesta College for more than 50 years, Stork is the college’s longest serving employee.

“Serving the California community college system for more than 50 years is commendable; serving those years at a single institution is simply remarkable,” said California Community Colleges Chancellor Eloy Ortiz Oakley. “To dedicate half a century of one’s life to a single college exemplifies true loyalty and passion. The leadership of Gil Stork has surely touched countless lives and inspired many in San Luis Obispo County and around the state. The California Community Colleges Chancellor’s Office wishes to congratulate Stork on his retirement as Superintendent/President and applaud his devotion to the system and Cuesta College.”

“Cuesta College Superintendent/President Gil Stork has been the extraordinary leader we needed during very difficult years for both this college district and community colleges throughout California,” said Cuesta College Board of Trustees President Barbara George. “He guided us through times of drastic state budget cuts and accreditation sanction, and he righted our ship. Moving forward from difficult times, he inspired innovation and change, and now we are considered a model community college throughout the state.”

“In my 50 years at Cuesta College, I have had the privilege to work with a caring and dedicated faculty, staff, and administration and have experienced a great sense of achievement as I have observed them take ownership of what we do and how we do it,” said Stork. “Equally important has been the quality and caring exhibited by the Cuesta College Board of Trustees. To be able to work with an elected Board that provides such support for and confidence in me is a gift for any president.”

Under Stork’s eight-year tenure as president of Cuesta College, the institution made positive gains in many areas.

In 2014, San Luis Obispo County voters passed Measure L, a $275 million general obligation bond. For the first time in more than 40 years, college infrastructure facilities are being expanded and improved in the form of repairs, construction of new facilities, technology upgrades, and more. In addition to infrastructure improvements to the aquatic center, new HVAC units and roofs, and various complex renovations, projects currently under construction include:

–A 32,000 square foot, two-story San Luis Obispo Campus Instructional Building. Comprised of eight high-capacity multi-discipline classrooms capable of serving up to 50 students each, one forum-size classroom, and more than 40 offices, the structure is set to open in spring of 2018.

–A 43,000 square foot, two-story North County Campus Center. Housing a variety of services, such as counseling, admissions and records, financial aid, the cafeteria, bookstore, student life and leadership, and the health center, the structure is set to open spring of 2018.

“I feel extremely fortunate to have had the opportunity to serve in various roles at Cuesta College,” said Stork. “The challenges of an open-door institution where we encourage residents of San Luis Obispo County to ‘come as you are’ results in phenomenal success stories written by students who just needed a chance.”

• Hispanic Serving Institution: This official designation from the state reflects the college’s growing Latino/a student population and allows Cuesta to apply for grants to expand educational opportunities for Latino/a students.

• Cuesta College maintains a Military Friendly School designation for its work to support and provide services to military and veteran students.

• For promoting equity, diversity and inclusion the college maintains a No Place for Hate designation.

Under Stork’s leadership, notable accomplishments include: • Navigating the process of aligning the college’s budget with reduced funding from the state while focusing on minimizing the impact on students and staff. Today, the college is operating within a budget centered on long-range fiscal planning.

• Successfully achieving reaffirmation of the college’s accreditation status after experiencing multiple years of sanctions for non-compliance. The effort to become fully compliant required an institutional commitment and collective efforts of administration, faculty, and staff. Today, Cuesta College is viewed as a model California community college for its decision-making and planning processes.

• Transferring more students to Cal Poly than any other school. In addition, the college launched the Associate Degrees for Transfer to the CSU system in 2011; the college currently offers 26 AD-T’s.

• Supporting and expanding robust Career Technical Education programs, as evidenced by Cuesta College student’s consistent presence on the SkillsUSA national podium for more than a decade. In 2015, the college launched an Agriculture Business Program and in 2017 expanded it to include Agriculture Plant Science and Agriculture Mechanics.

Stork’s career at Cuesta College began two years after the college opened its doors in 1967; he was hired as a physical education instructor and assistant football coach. From 1970-1977, Stork served as a mathematics instructor, during which time he also served as the division chair of the physical sciences and mathematics division. In 1977, Stork was promoted to associate dean of instruction and then to dean of instruction in 1979. In 1990, Stork was hired as the assistant superintendent/vice president of student services, and retired from that position in 2004. Immediately thereafter, Stork assumed the role of interim vice president/assistant superintendent of student services, then interim dean of humanities, followed by interim dean of workforce and economic development. In 2010, he was hired as Cuesta College’s interim superintendent/president and became permanent in 2012.

• Co-chair of capital campaign for seismic retrofit of Old Mission

• SLO Chamber of Commerce Citizen of the Year, 2000

A resident of San Luis Obispo for nearly 70 years, Stork has been married to his wife, Jan, for 53 years. They have five adult children and ten grandchildren. “My family has never let me forget that I am a husband, father, and grandfather,” said Stork. “They have been the backbone that has helped shape the person I have become.”
“Today, the college is prepared for a change in leadership, a change that can provide new energy, new ideas, and new vision,” said Stork. “It has been an honor to have served as president of Cuesta College these past eight years and to be part of Cuesta College’s rich history.”

Cuesta College will launch a nationwide search to fill the position of superintendent/president. For more information, contact the Cuesta College Human Relations Department at (805) 546-3129.