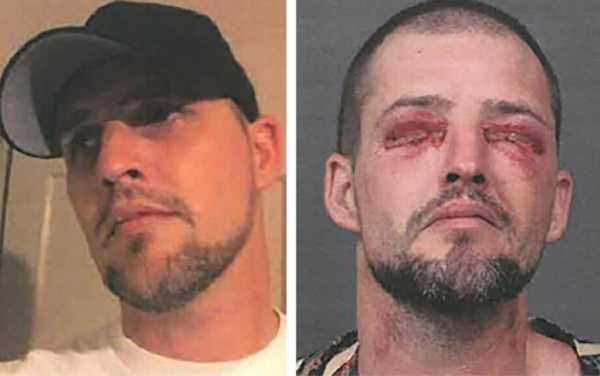 –An administrative claim recently submitted to San Luis Obispo County alleges that Jeremiah Mobley was injured while in custody at the county jail in January. The claim says that Mobley taken into custody on Jan. 22 by San Luis Police Department on a psychiatric hold, was placed in a holding cell at the county jail, restrained by handcuffs, a “wrap restraint” and wearing a helmet. The claim alleges that Mobley was released from the restraints after several hours and moved to another cell where his eyes became irritated and inflamed from rubbing. Mobley was taken to the hospital then returned to jail. Even though initially taken into custody on a psychiatric hold, the claim says Mobley had no criminal record and no history of mental illness.

Mobley’s attorney, Paula Canny, said Mobley was held January 22-23 “and a few more days in and out of” psychiatric care. The claim says Mobley was admitted to the psychiatric unit for two days without medical attention for his eyes, which had become infected. Naming the county, Sheriff Ian Parkinson, Undersheriff Tim Olivas, County Health Agency Director Jeff Hamm and Mental Health Medical Director Daisy Allano-Ramos as responsible, the claim seeks damages over $25,000 for loss of work, medical expenses, pain and suffering, violation of civil rights and attorney fees. Canny said “booking happened 12 hours if not more after he had been held in the jail.” Mobley alleges he was never told of a reason for his arrest.

Generically, “wrap restraints” are restraint equipment used to prevent people who are exhibiting violent behavior from injuring themselves or others. The wraps can include a full body  wrap, or just legs or upper body. Some have rings installed in the front or back for connecting handcuffs. Various different types of “wrap restraints,” made by different companies, are used in mental health facilities, jails, juvenile detention facilities and prisons. Helmets are sometimes used to keep a person from a head injury by banging their head against a wall, floor, or other object.

Canny, who also represented the family of Andrew Holland who died in county jail custody in January, said the administrative claim for Mobley was filed with the county July 20. On Jan 27, the county Administrative Office announced a $5 million settlement for the death of Holland. That announcement said, “Since January, the county has made sweeping changes in an effort to prevent a tragedy like this from reoccurring.” Those changes include discontinued use of the restraint chair, restricting the amount of time an inmate spends in “safety cells,” a psychiatric health facility protocol to promptly accept inmates with declining mental health, increased observation of medically and mentally ill inmates, increased training of county jail personnel, and the formation of a mental health task force.

Canny said that she expects the county to respond to the administrative claim in a few weeks and that filing a lawsuit is an option regardless of the county’s decision. “The Holland case and this case will encourage change because what happened is so obviously wrong, illegal and immoral that any reasonable person would see there are huge problems in jail operations that must be addressed.”

In June, the SLO County Grand Jury released their report, “Incarceration in San Luis Obispo County: Inmate Health and Safety at the County Jail.” This report recommended that the sheriff and the county health agency conduct a joint review of policies and procedures related to inmate safety and issue a public report by the end of this year. Responses from both the Sheriff Parkinson and the county health agency said that the recommendation is being met.

In April, Sheriff Parkinson held a press conference in response to the April 13 death of Kevin Lee McLaughlin. During this conference, Parkinson announced that he had contacted the FBI and requested they conduct an “independent investigation” into any death at the jail that the FBI feels “is worthy of their investigation.” Public Affairs Specialist, Laura Eimiller, with the FBI Los Angeles field office said on Thursday that the FBI is conducting an investigation into possible civil rights violations at the jail. The results of the investigation will be sent to the Department of Justice in Washington DC when the investigation is complete. Eimiller declined any further comment.

Reports say that Canny is also representing another jail inmate in another administrative claim against the county. Sherry Roy, an inmate at the jail in January is alleging emotional distress, abuse of power, false imprisonment and other injuries as the result of being directed to clean up the cell in which Holland died. Canny is currently traveling and unavailable for comment on the Roy case.