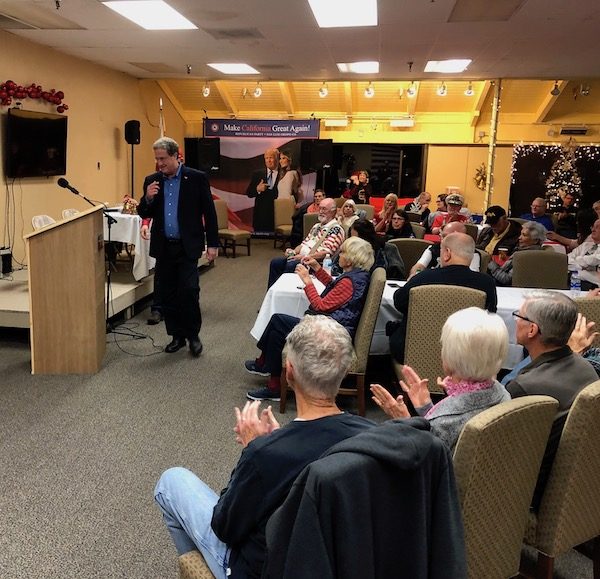 Caldwell is a radio talk show host in Santa Maria. He grew up in Lompoc and graduated from UC San Diego. After graduation, Caldwell started working as a laborer on an overnight shift, but ultimately became the Industrial Relations Manager for Union Sugar. He said he started the Coalition of Labor, Agriculture and Business (COLAB) because Santa Barbara County Supervisors were ignoring the issues his company faced. He also helped start the San Luis Obispo County COLAB group. After writing more than 2,000 editorials and appearing regularly on local radio talk shows, he got his own talk show in Santa Maria. 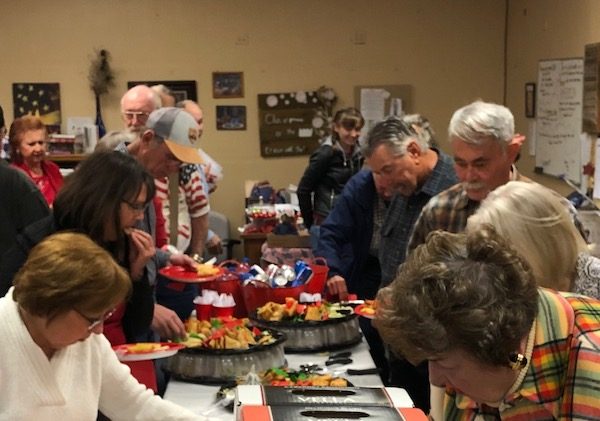 About 200 Republicans attended their annual holiday meeting which included a potluck dinner.

Caldwell said he was a Democrat for half his life, but feels the party has changed. He said the new Democratic Party embraces socialism. He cited the last primary election when 90-percent of UCSB students supported Bernie Sanders, while only 10-percent supported Hillary Clinton’s nomination. Caldwell said, “Twenty years ago Bernie Sanders represented a fringe Socialist element in the party. Now, he is a serious Democratic candidate who promotes Socialism. Socialism doesn’t work.”

Caldwell said he has name recognition but faces an uphill battle against an incumbent with a large campaign chest. He told Republicans Monday night that he’s relying on a grassroots movement to counter the million-dollar advertising campaign he expects from Congressman Salud Carbajal. Caldwell said the March primary creates another challenge, because it will sneak up quickly after the holidays, and voters may be caught by surprise.