News for Atascadero, CA|Wednesday, May 27, 2020
You are here: Home » Entertainment » Concerts in the Park start June 15

Concerts in the Park start June 15 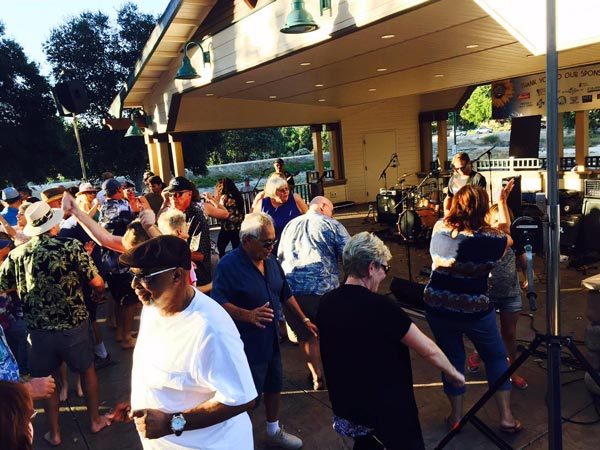 Chad Land is a San Luis Obispo native songwriter, performing locally and nationally for over 20 years. He is also the front man for a local group called the RnR Cover band performing Classic rock, Country, and Blues. The RnR Cover band is a five-piece group made up of family and friends including two female backup singers, Nicole Holst, and Carla Emanuelson. Chad Land and The RnR Cover band take pride in providing professional sound, playing yesterday’s and today’s greatest hits. It’s danceable fun for all ages! If you are hungry, Cubanissimo and Kona Ice will be at the event selling delicious food and cold treats.

All concerts are held at the Atascadero Lake Park Bandstand from 6:30-8:30 p.m. and are free for the entire community to attend.

Mark your calendar for the 4th Annual “Dancing in the Streets,” which will be held on Saturday, Aug. 17 from 5-10 p.m. in Downtown Atascadero. The band line up for this event will be announced soon. This event is part of Cruisin’ Weekend that kicks off with the very popular “Hot El Camino Cruise Nite” on Friday, Aug. 16 from 6:30 – 8:30 p.m., followed by the Mid State Cruizers Car Show on Aug. 17 at Atascadero Lake Park from 10-3 p.m. For more event information: www.VisitAtascadero.com/events.

Summer Concert Series Sponsor opportunities are still available. For more information on how to be a part of our fabulous concert season, please contact Terrie Banish at 805-470-3490 or tbanish@atascadero.org.