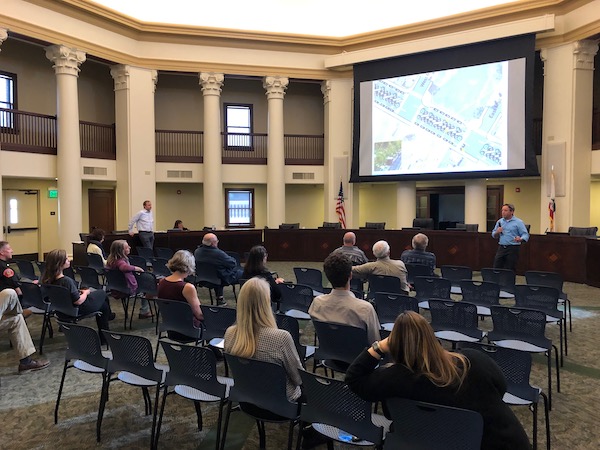 –The City of Atascadero conducted the second of four meetings to encourage public input into plans to reconfigure traffic on El Camino Real through downtown. The intent is to improve pedestrian safety and make the downtown area more user-friendly to shoppers and visitors.

Community Development Director Phil Dunsmore talked about the concept and showed drawings of the proposed diagonal parking in the downtown area. It would narrow traffic to one lane in each direction for several blocks in the downtown area. He told about 40 people in attendance how the City of Lancaster transformed its downtown area with similar reconfiguration. After Dunsmore’s presentation, those in attendance broke into smaller groups to discuss the proposals. 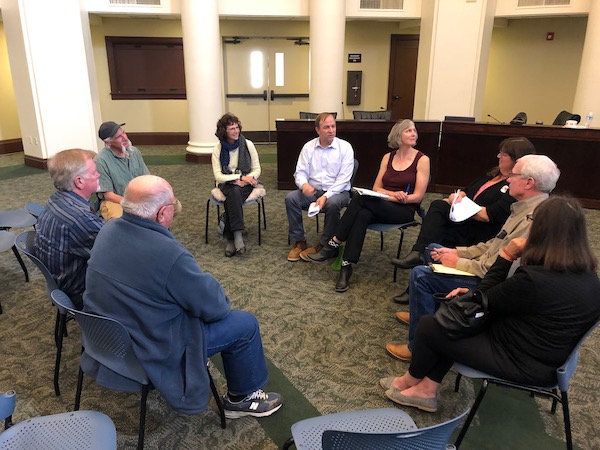 The cost may be defrayed by state grants which are available to communities. The meeting was the second of four to encourage members of the public to weigh in on the plans. The plans will be discussed again next Tuesday at the Atascadero Planning Commission meeting. The fourth discussion will be at 10 a.m. Saturday, March 21 at the City Council Chambers in the Rotunda.