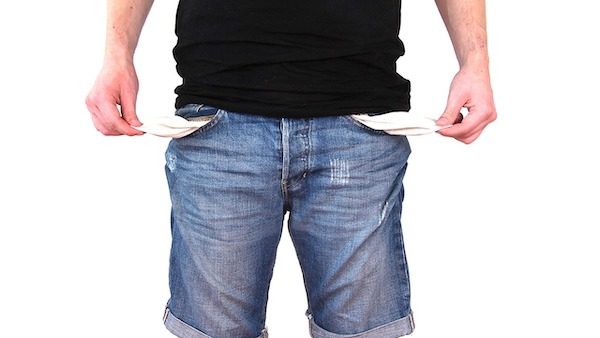 –Under pressure from high housing costs and relatively low-paying wages, a significant percentage of Central Coast residents are struggling to get by, and they are deeply anxious about their financial future, according to a poll commissioned by the Hourglass Project.

“Despite what feels like good economic times right now, the fact is our local economy has consistently performed below state and national averages for at least the past two decades,” said Hourglass CEO Melissa James. “To expand opportunity for all Central Coast residents, we knew we needed to better understand their day-to-day experiences and challenges, at home, work and beyond.”

“What we found is a workforce that is losing hope, struggling to get by and considering leaving the area,” James said.

Ty Safreno, CEO of Trust Automation and Hourglass Board Chair, said: “These results are distressing. People are hurting far worse than we realized, and this deep anxiety is not just a problem for those families and a weakness in our social fabric; it also signals problems for the entire regional economy, which already is constrained by many of these issues.”

Among the key findings:

Tim Rosales, President of SJR Opinion Research said: “These survey results are clear. A large number of the workers on the Central Coast are quite worried about their standing in the local economy and are considering leaving the area. This survey paints an informative picture about what’s happening in the hearts and minds of Central Coast residents and the underlying economic challenges that policymakers in this region need to address.”

The findings indicate that labor shortages across the Central Coast could easily worsen in the next few years, further constraining the local economy, according to Hourglass.

“The survey results confirm the notions that sparked and drove the work of the Hourglass Project over the last year – that the Central Coast economy is not working as well as we would like for many Central Coast residents,” Safreno said. “These findings underscore the need for bold action to accelerate growth of higher-paying jobs, with the ultimate goal of creating an economy that works better for everyone. That’s exactly what the Hourglass Project is taking on.”

“Toward that better economy,” James said, “Hourglass is putting the finishing touches on a 10-year jobs-action plan to forge a more resilient, inclusive, regional economy. Hourglass was established to find solutions, not merely identify problems.”

The jobs action plan will be released in mid-March, James says.

The survey paints a picture of a population living on the edge, scraping from paycheck to paycheck with little cushion for emergencies or retirement across all socio-economic levels. Not only do most households worry about covering basic expenses such as rent, utilities and medical bills, a majority are also under the pressure of significant debt.

“The overwhelming sentiment,” James said, “is that making a life on the Central Coast is difficult and likely to become untenable for the next generation without a significant course correction.”

The finding are part of a larger survey of 1001 residents in San Luis Obispo and Northern Santa Barbara County, conducted via phone and online. This analysis is based on the workforce demographic, ages 18-54, with 540 respondents and a sampling error of plus or minus 4 percentage points.

Find the full survey report can be found here: https://hourglassproject.org/wp-content/uploads/2020/02/A-Portrait-of-the-Central-Coast-Workforce-copy.pdf