–The man who was killed Saturday afternoon when his car crashed off Highway 101 and burst into flames has been identified as 31-year-old Anthony Ray Riso, according to reports.

–An accident on Highway 101 Saturday afternoon has left a 55-year-old man dead after his car burst into flames, according to reports.

The driver, whose identity has not yet been released, was reportedly driving a Shelby Mustang on southbound 101 at approximately 1 p.m. when he crashed near the Highway 46 West offramp. The car reportedly then rolled down an embankment and caught fire. The car was fully engulfed in flames by the time it came to a stop on its wheels, reports say.

Citizens that witnessed the scene reportedly tried to remove the driver from the car but were unable to do so due to the blaze and the fact that the driver was wearing a four-point harness. The driver was pronounced dead at the scene.

No further details are available at this time. Updates will be posted as received. 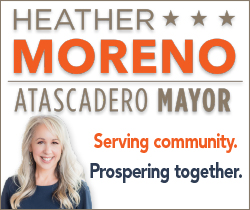