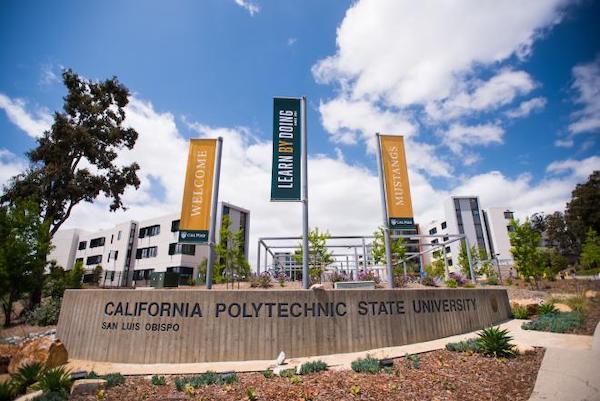 –Cal Poly’s economic contributions ripple throughout the county, region and state like a wave, supporting thousands of jobs and generating more than $1.6 billion in industry activity and over $105 million of state and local tax revenue, according to an economic impact study released last week.

The study was commissioned by the California State University, the nation’s largest four-year public university system with more than 485,000 students and 52,000 faculty and staff spread across 23 CSU campuses — including Cal Poly — and eight off-campus centers throughout the state. Researchers from ICF International Inc., a global advisory and digital services provider, utilized data from the 2018-19 academic year.

“An exceptional university succeeds only if it has the full engagement of the entire university community — students, faculty and staff, parents, alumni, and friends — one that joins together in a partnership of discovery,” said Cal Poly President Jeffrey D. Armstrong. “Fortunately, Cal Poly has an abundance of people deeply committed to a vibrant partnership — and deeply committed to transforming lives, one student at a time.”

The economic impact study provides an even more comprehensive look at the return on California’s investment in the CSU. For every dollar invested by the state in the CSU, $6.98 of positive economic activity is generated in the Golden State, the study says. When the impact of the enhanced earnings of CSU alumni is factored in, the figure is even greater — $29.90 in total economic activity for every dollar invested. This figure demonstrates the ripple effect that each dollar of spending by the CSU and its students has on the state.

“The California State University has long been recognized for the quality of its educational offerings and as an economic engine powering California, and this new report helps to further illustrate and quantify the consequential impact of the CSU on the Golden State,” said CSU Chancellor Joseph I. Castro. “A return of nearly seven dollars for every dollar invested in the university demonstrates the wisdom of continued bold investment in the university.”

As a state-supported institution, the CSU is reliant on the state’s General Fund allocation to fund the university’s operating budget. California’s increased investment in the CSU over the past several years has resulted in growth in student success with annual increases in graduation rates which have reached all-time highs under the university’s Graduation Initiative 2025.

The study found other notable examples of the CSU’s annual statewide economic impact:

The numbers were also good for Cal Poly, with $9.84 in statewide economic impacts for every dollar invested by the state — a figure that nearly quadrupled to $35.19 when the impact of alumni earnings is included.

At the state level those numbers increased to:

And the contributions of Cal Poly alumni who are California residents contributed even more: an additional 25,348 jobs; $1.6 billion in labor income; $4.7billion in business activity; and $315.3 million revenue to state and local government coffers.

The report also examines the CSU’s impact on several of California’s most essential industries as well as those positioned for growth including agriculture, water research, biotechnology and healthcare, and energy and environment among others.