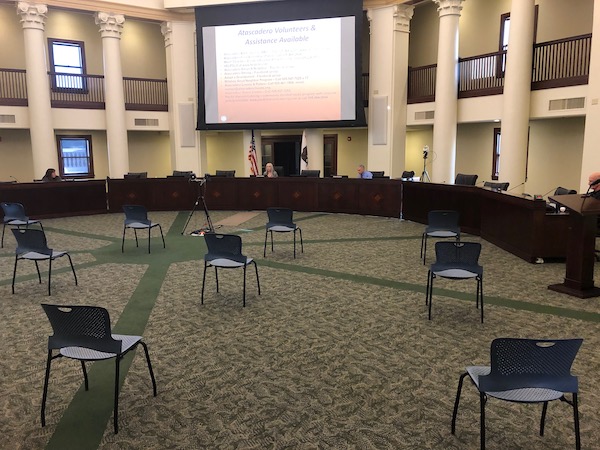 The teleconference council meeting was held in a nearly empty Council Chambers at the Atascadero Rotunda.

City Manager Rachelle Rickard told the council about the challenges the city faces operating under the current coronavirus scare. She said the city is doing its best to protect citizens and the city staff. Rickard encouraged people to visit the county website, ReadySLO.org. She said the city website also has information about services available for those who need help getting prescriptions or groceries. The city website also has information about restaurants in Atascadero which offer drive-through or delivery for local customers.