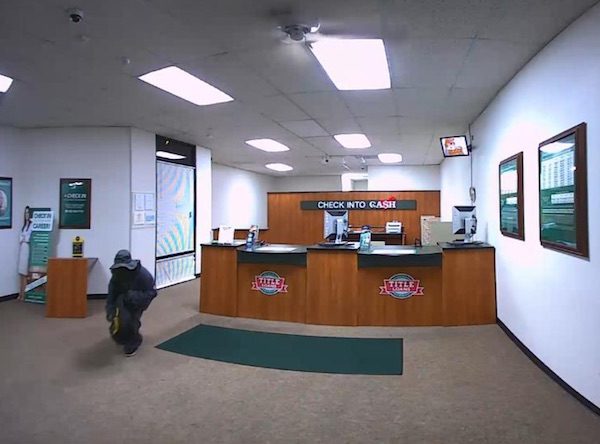 –On Wednesday at about 5:46 p.m., Morro Bay Police Officers were dispatched to a silent alarm at the Check Into Cash business located at 1065 Kennedy Way in Morro Bay. While officers were responding to the business, a female employee from the business called 911 to report the business was robbed at gunpoint.

The employee reported that the lone suspect tied her up after unsuccessful attempts to open the safe. The suspect stole approximately $2,000 from one register and left in an unknown direction from the business. The suspect was inside the business for a total of about three or four minutes.

The suspect was described as a Black male adult, approximately 5’10” – 6’00”, approximately 180-200 lbs.; wearing oversized dark/navy blue coveralls with a white emblem on the left upper arm and a light blue emblem (possibly reflective) on the back; black, laced shoes with white soles; dark blue boonie hat with a black band; dark green balaclava type headgear (not a ski mask) under hat; carrying a yellow and dark gray or black colored backpack with white or light-colored lettering positioned vertically on the back of the bag. 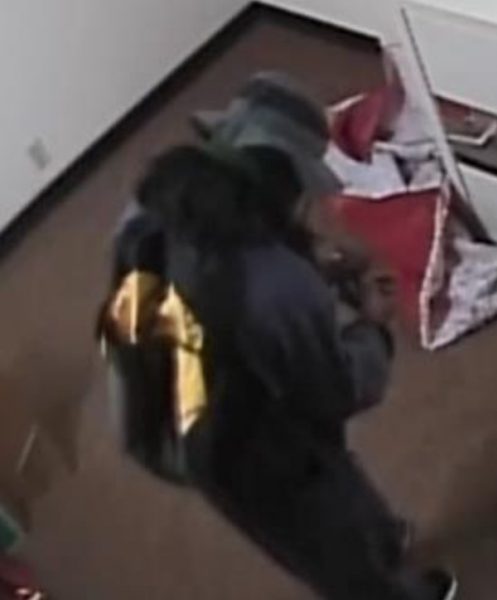 The suspect brandished an unknown type, silver or nickel-plated handgun, according to authorities. The handgun appeared small in size. No threats to harm the employee were ever made.

The Morro Bay Police Department is still investigating this incident and reviewing video footage from the business for additional details of the suspect. If you have information that could help further our investigation, please contact Sergeant Tony Mosqueda at (805) 772-6233 or Commander Amy Watkins at (805) 772-6237.