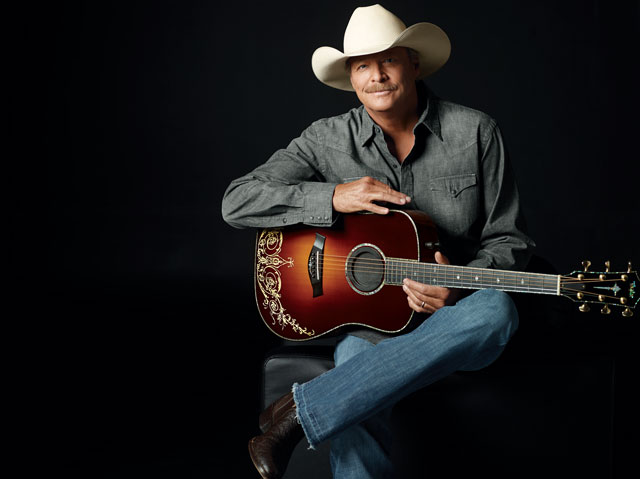 The California Mid-State Fair announced Friday that country superstar Alan Jackson will bring his 25th Anniversary “Keepin’ It Country Tour” to Paso Robles on Tuesday, July 28 to headline at the Main Grandstand Arena at the Paso Robles Event Center. Rising superstar Brett Eldredge will open the concert. Ticket prices and on-sale date for the show are still to be determined.

Jackson has appeared at the California Mid-State Fair more than any other artist in the fair’s history. His July 2015 appearance will be his record 10th time at the Fair, having last appeared in concert in Paso Robles in the summer of 2008.

Alan Jackson’s tour will be a celebration for his longtime fans as well as legions of new fans who are discovering his music through the many songs that have withstood the test of time and influenced many new artists of today including Dierks Bentley, Carrie Underwood, Jon Pardi and Brandy Clark to name a few. Fans will hear the songs they love from the man who wrote them and made them famous including his massive debut hit, “Here In The Real World” to “Chattahoochee,” “Drive,” “Gone Country,” the summertime party-anthems “It’s Five O’Clock Somewhere” and “Good Time,” and many, many more.

In his 25-year career, Jackson has been steadfast in his love for traditional music while enjoying major chart success. He has sold nearly 60 million albums worldwide and ranks as one of the 10 best-selling vocalists of all-time in all genres. Jackson has released more than 60 singles—registering 50 Top Ten hits and 35 #1s (including 26 Billboard #1s). He has earned more than 150 music industry awards—including 18 Academy of Country Music Awards, 16 Country Music Association Awards, a pair of Grammys and ASCAP’s Founders and Golden Note Awards. Jackson received the first-ever ASCAP Heritage Award in 2014 having earned the title of most performed country music songwriter-artist of ASCAP’s first 100 years. He is a member of the Nashville Songwriters Hall of Fame and the Grand Ole Opry.

Opening the show will be rising superstar Brett Eldredge. Eldredge has already scored #1 hits with the songs “Don’t Ya” and “Beat Of The Music”. His current single “Mean To Me” is in the top 10 of the country charts. All three songs can be found on his debut album Bring You Back. To top that off, just last November Eldredge was named the Country Music Association’s New Artist of the Year.