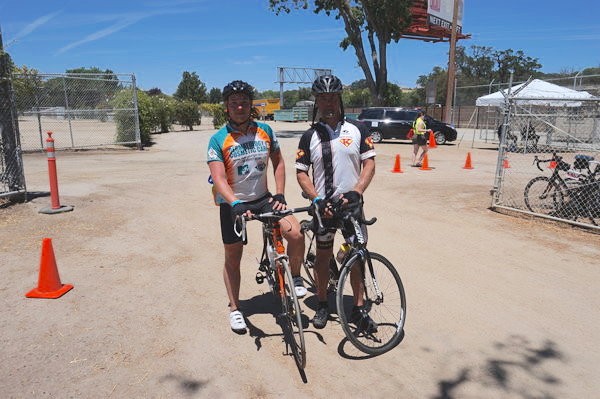 LifeCycle ride to end AIDS travelled through Paso Robles, starting in San Francisco and will end in Los Angeles

–The AIDS/LifeCycle bike ride arrived in Paso Robles on Tuesday, June 7. The ride takes a rest stop at the Paso Robles Event Centre, as riders travel from San Francisco to Los Angeles to raise money and awareness for the fight against HIV/AIDS. Former Atascadero resident Michael Beck who is on his fifth ride and his dad Mike Beck, who participated for the first time this year, are supporting the cause and traveling with the ride through Santa Cruz, Monterey, San Luis Obispo and Santa Barbara Counties this week. 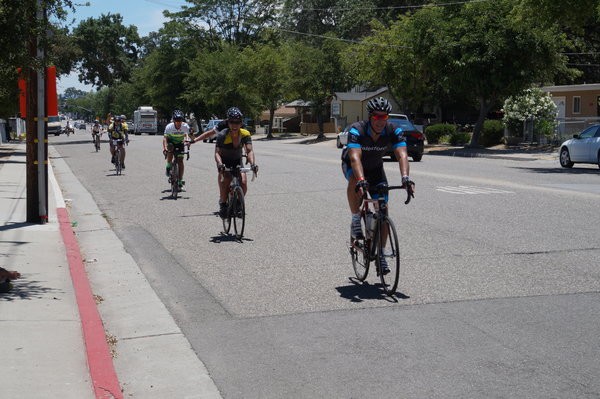 Michael Beck said he first started the ride after growing up in Atascadero. “My cousins grandfather always did the ride and I did my first ride with my cousin,” he said. “Later on I continued the ride because more and more of my friends were HIV positive, and there are more that have passed away since then. The ride is really important to raise fundraising, awareness and visibility of HIV/AIDS. Riding through small towns helps erase the stigma. There are old people, young people, gay, straight, men and women all participating together for one cause.”

Beck said there is a lot of training involved which starts in the fall where riders build up miles. “I don’t know if you are ever prepared, we did a 108 mile day yesterday,” he said. “It has been good riding with my dad during the event, we have been sticking together, we don’t get to spend a lot of time together now that I live in Los Angeles, so it has been a good week.”

Mike Beck said he was participating because he opened his mouth at Thanksgiving but he was also glad to be able to support the community and cause. 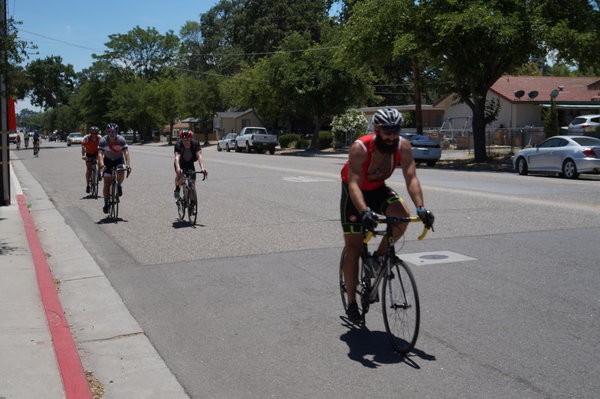 Cyclists on their journey.

On Tuesday morning riders left King City and used a portion of southbound US Highway 101 before reaching the Paso Robles Fairgrounds. On Wednesday, the cyclists will leave Paso Robles using Hwy. 46 West to Hwy. 1 south through Morro Bay and State Route 227 through Pismo Beach before reaching Preisker Park in Santa Maria in Santa Barbara County. The California Highway Patrol (CHP) will be present to maintain a safe environment for motorists, cyclists and support vehicles.

The AIDS/LifeCycle ride is a seven day, 545-mile bike ride from San Francisco to Los Angeles to raise money and awareness in the fight against HIV/AIDS. They will arrive in Los Angeles on Saturday, June 11. 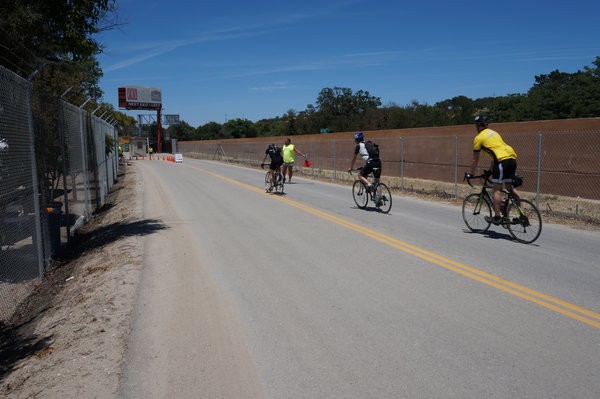 Cyclists heading to the finish.