News for Atascadero, CA|Sunday, September 25, 2022
You are here: Home » Crime » Update: Forgery suspect turns herself in to police

Update: Forgery suspect turns herself in to police 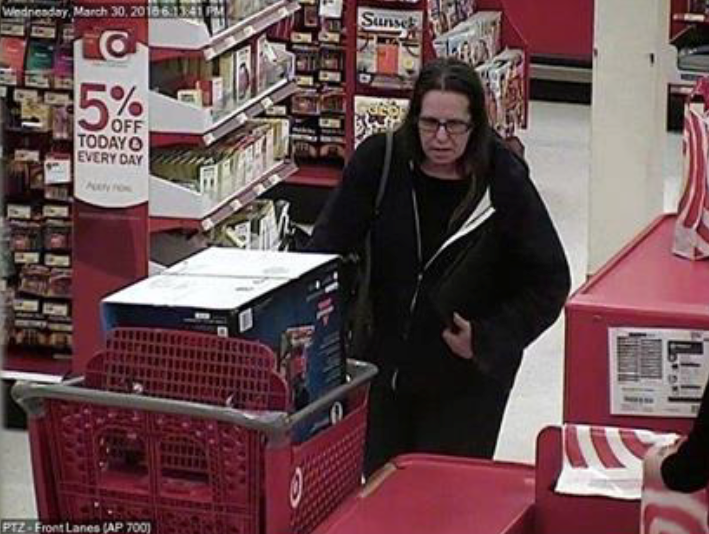 Police are requesting information to identify the forgery suspect, the image was taken at the Paso Robles Target.

–The suspect wanted in connection with multiple forgeries at Paso Robles stores has turned herself in to Paso Robles Police this morning, at approximately 10:15 a.m., according to Police Lieutenant Ty Lewis. The identity of the suspect has been confirmed as 56-year-old Paso Robles woman Kathleen Bartley.

According to Lewis, the police are still in the early stages of the investigation, as there appears to be several other cases around the county that may be connected.

–Police in Paso Robles have asked for help from the community in identifying a forgery suspect. The incident occurred on Wednesday, Mar. 30 at approximately 6.13 p.m. at the Paso Robles Target and Lowe’s Home Improvement stores.

The suspect, an unknown white female adult or light-skinned Hispanic female adult, in her 40s or 50s, entered the Paso Robles Target store and passed a counterfeit check for over $100. Investigation revealed that the same subject passed three more counterfeit checks at the Target store on Mar. 29 totaling over $500. On Mar. 23 the same female subject passed another counterfeit check at the Paso Robles Lowe’s Home Improvement store for over $200. All of these transactions were captured on the victim business surveillance video.